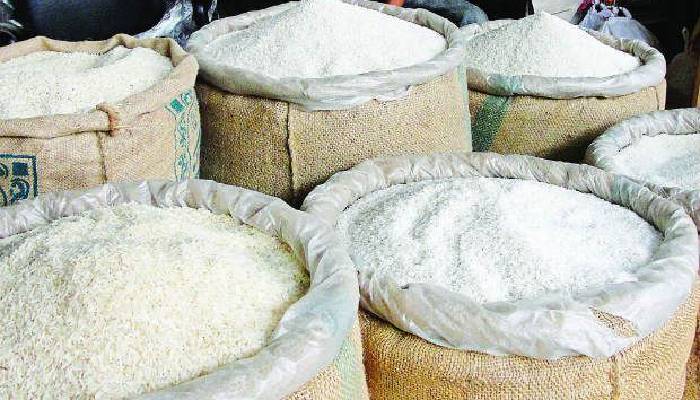 There are lots of good things happening in the field of agriculture, which remains the country’s backbone. R. Yuvansenthilkumar, who has obtained post-graduation in organic agriculture, has been instrumental in bringing back the native rice varieties of Tamil Nadu. Hailing from the place near Modakurichi in the state of Tamil Nadu, Yuvan used to grow paddy varieties like ADT 38 and IR 20 on his farm. 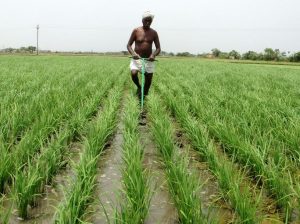 He developed an interest to raise native varieties, particularly of those that can grow without the fertilizers. He began to search for such varieties for almost a year. He made attempts to raise those are available in Delta areas and nothing yielded satisfactory results. Then he came to know from elders that there were such varieties (Ayan Sambh and Tiruchengodu Sambha) existed before 1970. He tried to obtain the seeds of those two varieties locally, but he couldn’t find them.

In the year 2014, he received the seeds of native rice varieties from Tamil Nadu Agriculture, which obtained these seeds by importing from the International Rice Research Institute in Manila. There were totally 33 varieties, which thrived in the region of middle Cauvery basin.

He decided the try the two varieties – Ayan Sambha and Tiruchengode Sambha.

He raised the Tiruchengode Sambha in the area spanning 45 acres, which were owned by 12 farmers. This rice variety was native to the Erode-Kodumudi-Tircuchengode belt. This rice variety was grown for commercial purpose in the area of 11 acres. This is a 135-day crop, which averagely yielded 1700kg per acre. All the amazing output was achieved without the need for green manure. They are planning to raise this variety on 33.8 acres of land for commercial reasons.

Farmers were able to get good profits by selling this rice variety in the market. One of the significant advantages of growing this rice variety is that it eliminates the need for fertilizers and pesticides, thereby cutting down the maintenance cost. He said that the quantity of paddy straw produced by this native variety is much higher than the usual varieties.

In the year 2014, Yuvan and his friends created the River Basin Foundation with an aim to encourage the growth of native varieties. This year they are trying Ayan Sambha variety on an acre of land on trial basis. 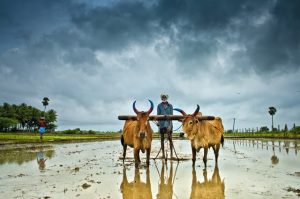 season. For example, the seeds of Thirchengodu Sambha seeds should be sown only between the mid of August to mid of October.

The foundation aims to popularize the native varieties of oilseeds, pulses, and paddy by expanding the area and identifying the right farmers.

It has been found that organic and native varieties of crops and vegetables give better yield than modern varieties. Moreover, the native varieties can grow without the need for harmful chemicals and pesticides, thereby making the consumption healthier. Though growing organically is slightly expensive, the cost can come down with increased production and consumption.

Hope more farmers come forward to raise the native varieties and bring back the golden days of agriculture to this country.